Seattle Times article “Does Seattle have a poke problem?” discusses the recent expansion of fast-casual poke spots across the Seattle area, including Just Poké’s thoughts on the trend:

Just Poké co-owner Norman Wu isn’t fretting about any poke glut. “There’s going to be competition,” he says, “but you can’t worry too much.” He thinks the Seattle area “can definitely support a lot of each type of food category,” and he sees poke as “playing a bit of catch-up” with the likes of Mexican and Thai food — and sushi, for that matter. He also says he and his partner, Danny Brawer, are serious about sustainability, serving, for example, only line-caught Pacific tuna and Marine Stewardship Council certified salmon. All their servingware is also compostable. Their website motto: “Eat Clean, Act Right, and Live Well.” He says his customers want to do the right thing and that “it’s worth the extra cost to be keenly aware of the environment.” And it looks like their care is paying off: They’re rolling the dice on four more locations, all set to be open by June.

Read the rest of the article “Does Seattle have a poke problem?“. 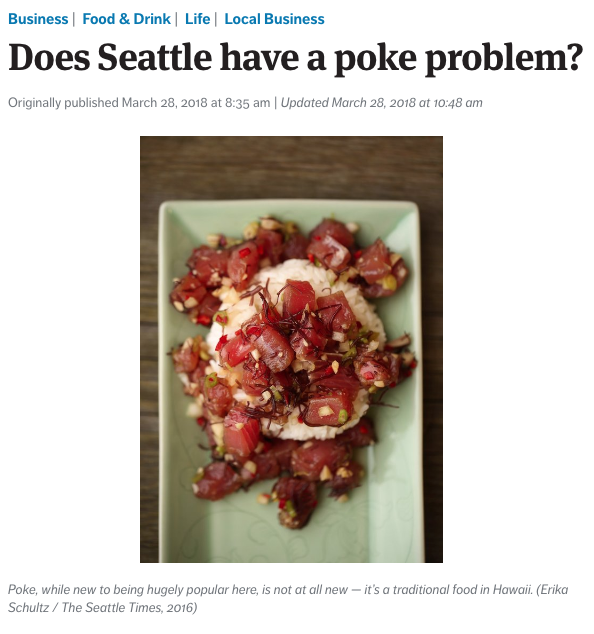